A rubber band bracelet is a band that people normally wear on their wrist or sometimes on their ankle for style or fashion. You can buy it from any street accessory shop or from any cosmetic shop n’ you can make it by yourself also. It can be in any shape: round, square, zigzag; though they mostly look nice in round shape but their designs and pattern may vary.

If you are not interested to buy these bracelets from the market and want to do something fun and creative then you can make your rubber band bracelet by yourself. First of all, let us see what basic material is needed to make a rubber band bracelet:

So this is the basic material that you needed for all patterns of rubber band bracelets. Now let us start with the different types and shapes of bracelets which you can make by yourself: Place one rubber band on one pen (or whatever you are using as stick) then stretch and twist it and place it on the second pen. Its shape must appear as a number 8 or as an infinity sign. After this place two more bands over it but do not them now. Now stretch the bottom band from one side (either right or left) and put it on the top of your pen one by one. Do the same thing with other bottom bands until the band bracelet is long enough to fit on your wrist. Now attach the “s” clip to side where you have started making your band and slip off the pegs n’ slip out the two in the centre. 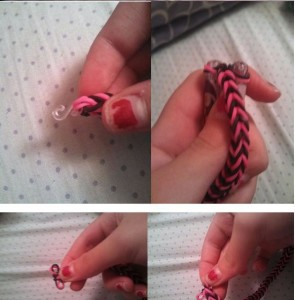 Now attach the second side of your clip to the other part of the band and you are done with your fishtail rubber band bracelet. 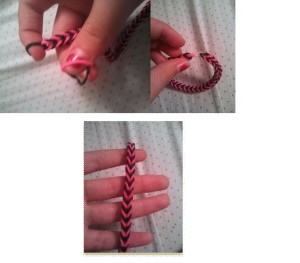 This bracelet is easy enough to make. After trying fishtail bracelet, you can easily make this type of bracelet. Firstly, let us see the material needed: 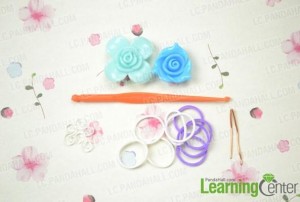 Now pull the bottom left band upwards with the help of a hook and make it loose n’ place it in the middle of the top two bands. Do the same with the bottom right part of the band. 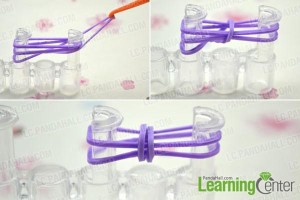 Now add another purple band over the other bands and keep repeating above steps until the band bracelet is long enough to fit on your wrist. Here you are done with your fishtail bracelet. Take out the bracelet from the loom and take a white n’ a purple band in your other hand as shown 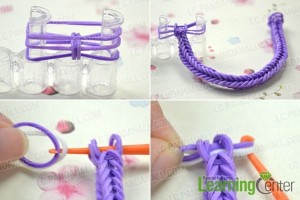 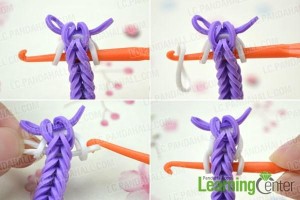 STEP 5: REPEAT TILL IN CENTRE

Keep on emerging the rest half white rubber band till it reach to the end of the bracelet. Now get one whiter band, touch and drag the cross emerge bracelet to the band, then use an “s” clip to connect both ends. Here you are done with your rose double cross bracelet.

This bracelet may be somewhat difficult to make for the beginners but do not lose hope and keep trying, it is not that much complicated. 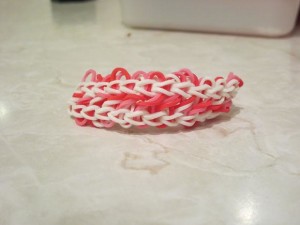 Begin with the red arrow opposite to you and put the 1st band diagonally out to the left. Now move in a straight line’ n chain up till second last pin. To finish this, take another band and get it into the centre. Do the similar thing on the right side. Now, put a cap band on the last or final clip of the loom. 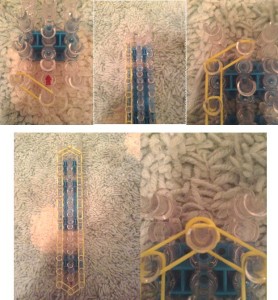 Twist the bands and they will go horizontally from corner to corner. For this, take 3 different colours of bands and twist them mutually into an infinity figure or an 8 shape. Place this crossways the loom on the clips of loom as shown in the picture. Continue this all the way up the loom. 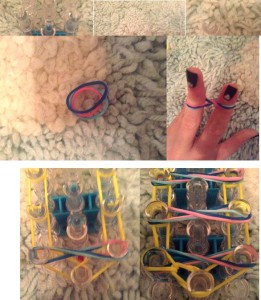 When you will finish these steps, it will be appear as below image: 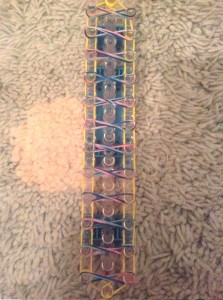 STEP 3: CAP THE BRACELET OFF

This step is quite easy, you just have to turn over the rainbow loom so that the red arrow is now facing you n’ cover a one border colour band in the region of your hook two times. 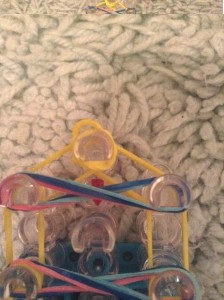 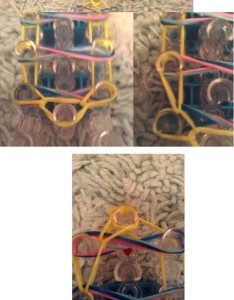 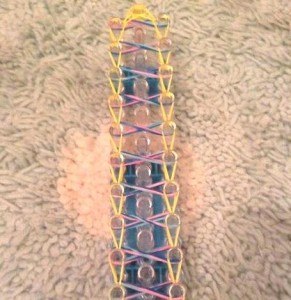 This is also very simple. You just fix your hook in the channel and move under all bands then take a single border colour rubber band n’ put it at the end of the hook. At last grab it through n’ put both of them on the hook. 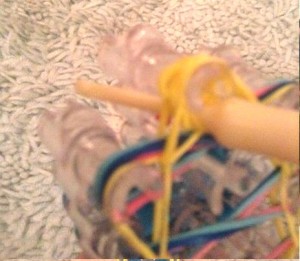 Pull the band off which is far away from the red arrow n’ makes it tighter. Now take your bracelet out of the loom and you are done with your bracelet.